LAUNCHING CEREMONY OF THE PROJECT “DEPLOYMENT OF MIGRATION POLICIES AT THE REGIONAL LEVEL: DEPOMI”. 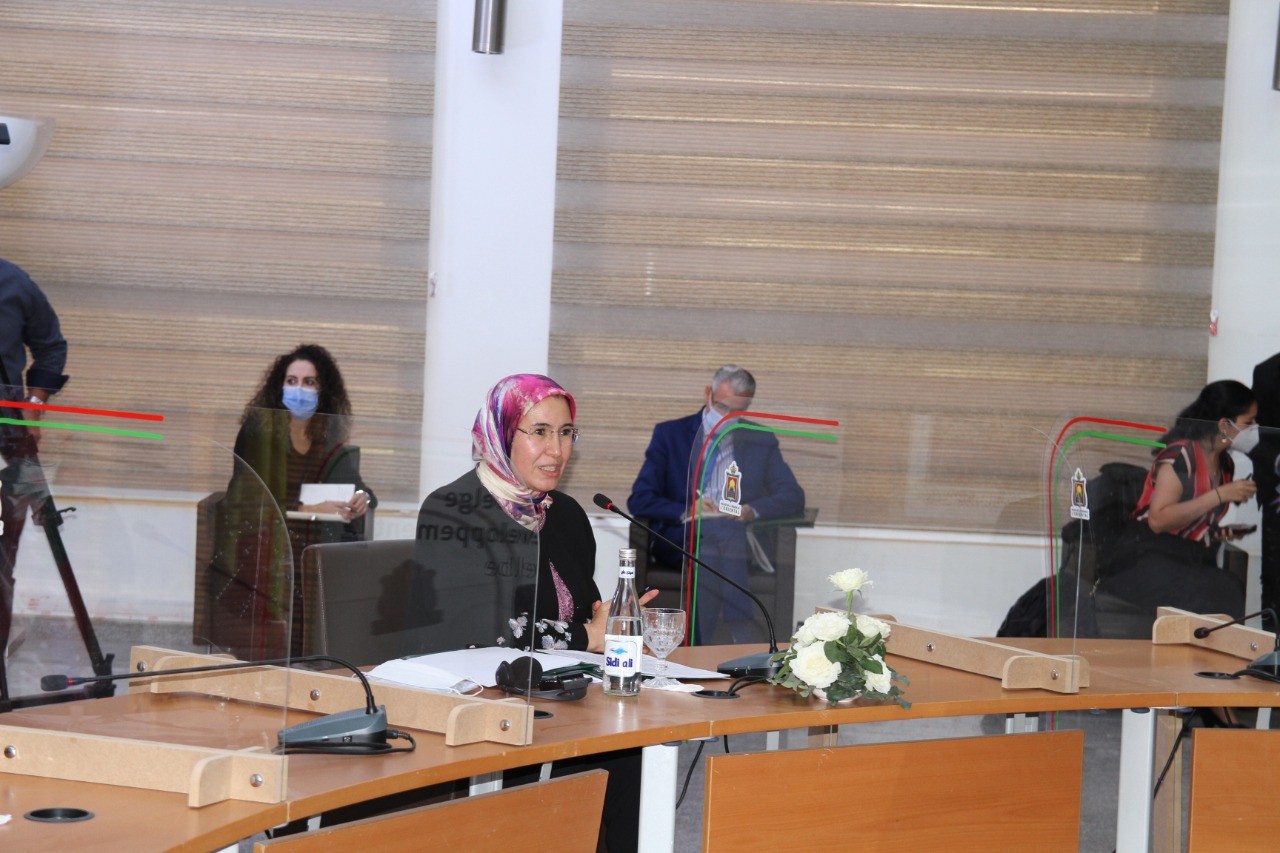 Mrs. Nezha EL OUAFI, Minister Delegate to the Minister of Foreign Affairs, African Cooperation and Moroccans residing abroad, in charge of Moroccans residing abroad, chaired on Friday, October 23, 2020, at the headquarters of the Wilaya of the Oriental region in Oujda, the launching ceremony of the project “Deployment of migration policies at the regional level: DEPOMI”.

The ceremony was attended by the Wali of the Oriental Region and Governor of the Prefecture of Oujda-Angad, the President of the Regional Council of Oriental region, H.E. the Ambassador of Belgium to Morocco and the Head of the Governance Section of the Delegation of the European Union in Morocco.

Financed by the European Union through the Emergency Trust Fund, the project will enable the  Ministry Delegate in charge of Moroccans Residing Abroad to integrate in a progressive and coordinated manner the dimension of migration and development in public policies and strategies at the national and regional levels.

The advanced regionalization process is an opportunity to put the regions at the heart of the implementation of the National Strategy for Moroccans Residing Abroad (SNMRE) and the National Strategy for Immigration and Asylum (SNIA) in the regions concerned by the project, namely the oriental region, Béni Mellal-Khénifra and Souss-Massa, which present different migratory realities, and where the local actors are best placed to analyze and manage the specific migratory dynamics of their territory in order to make it an effective lever for economic and social development.

The implementation of the project is entrusted to Belgian Development Agency (Enabel) in coordination with all stakeholders. The budget allocated to this project is eight million euros.

In the long term, the DEPOMI project plans to achieve capacity buildings objectives of partner actors as wel as the governance for the accompaniment of migration. A roadmap for the mobilization of skills and the promotion of entrepreneurship of Moroccans residing abroad at the territorial level, as well as the regional declination of migration policy will be developed by region to establish a mechanism for consultation and coordination of actors based on regional and local integration.

In addition, the project also intend to strengthening of partnerships with civil society organizations to achieve the expected results as well as the development of scientific research through collaboration between Moroccan and European universities. The objective of the latter is to create knowledge, to deepen research in certain related fields, and to make available to these regions, all the information and data necessary to better integrate migration and development in an effective manner in the various projects and initiatives related to local development.