Press release : Reception of H.E. Mr. Marc Trenteseau, Ambassador of the Kingdom of Belgium to Morocco 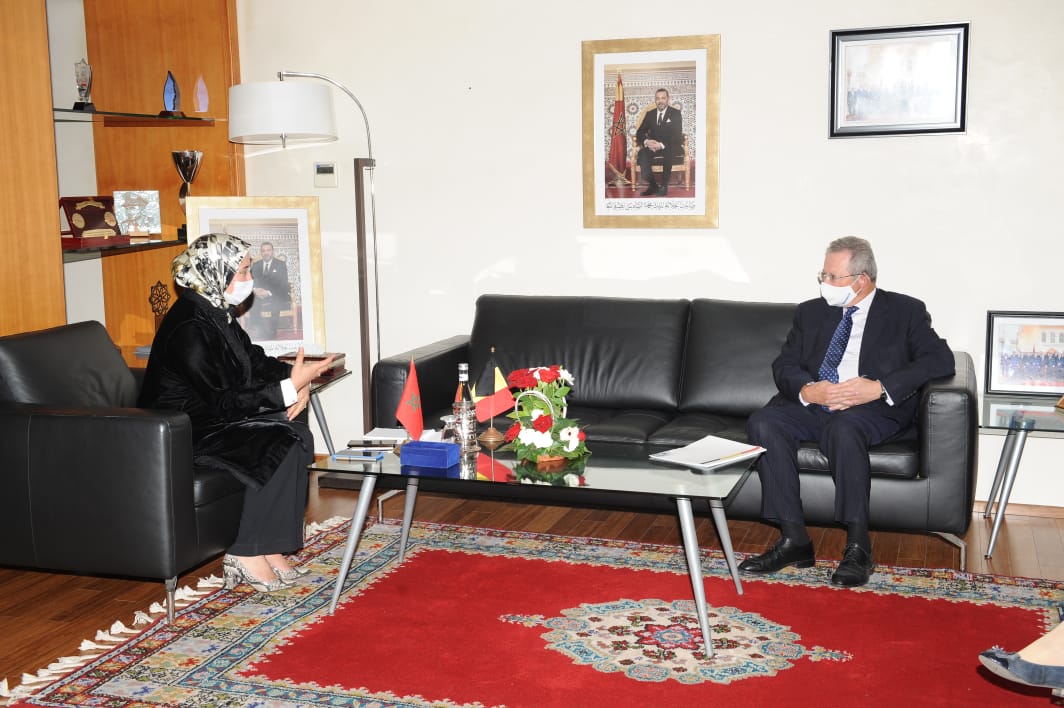 This visit is part of the Moroccan-Belgian permanent consultations on topics of common interest such as the implementation of the bilateral cooperation program and the development of partnerships that aims to mobilize Moroccan skills abroad, encourage them to invest in Morocco and improve their socio-economic situation.

On this occasion, the Minister highlighted the success of our competencies in Belgium and their effective contribution to the socio-economic development of the Kingdom. She also specified that the mobilizing skills program is one of the Ministry’s strategic programs which aspire to encourage Moroccan expatriates investments in Morocco and Belgium as well as the transfer of know-how and expertise.

This program comes in the light of the implementation of the structural projects launched by His Majesty King Mohammed VI, may God assist him, in order to achieve the development take-off and accelerate major institutional reforms to cope with the repercussions of the Covid-19 pandemic.

For his part, the Ambassador of Belgium welcomed the progress made by Morocco in the field of immigration and asylum, under the leadership of His Majesty King Mohammed VI, May God glorify him. He also stressed the importance of Moroccan-Belgian cooperation for the accompaniment of Moroccan expatriates and the pioneering role of Morocco in various areas at the level of the African continent. The Ambassador also affirmed the commitment of his country and its full support for the implementation of cooperation programs conducted in the framework of an optimal partnership, in coordination with all national and international stakeholders, given the importance of this issue at the regional and local levels.

It was also agreed to boost investment by Moroccan-Belgian entrepreneurs in Morocco, with a view to establishing a sustainable investment system for the benefit of both countries, through a project aimed at mobilizing and supporting 40 project proponents. In addition, the two parties have worked together to organize the second edition of the Moroccan-Belgian Forum on the theme of investment, early next year.