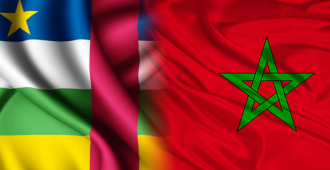 Bangui- The Ministry of Foreign Affairs and Central Africans Abroad welcomed the peaceful intervention of the Kingdom of Morocco aimed at ensuring the smooth flow of goods and people in El Guergarat buffer zone.

In a statement released on Saturday, November 14th, the Ministry of Foreign Affairs and Central Africans Abroad reiterated, on behalf of the Central African government, its support for the Kingdom of Morocco for its commitment to respect the Ceasefire Agreement and its adherence for a political solution in favor of security and stability in the region.