Conclusion of the work of the Winter University in Dakhla 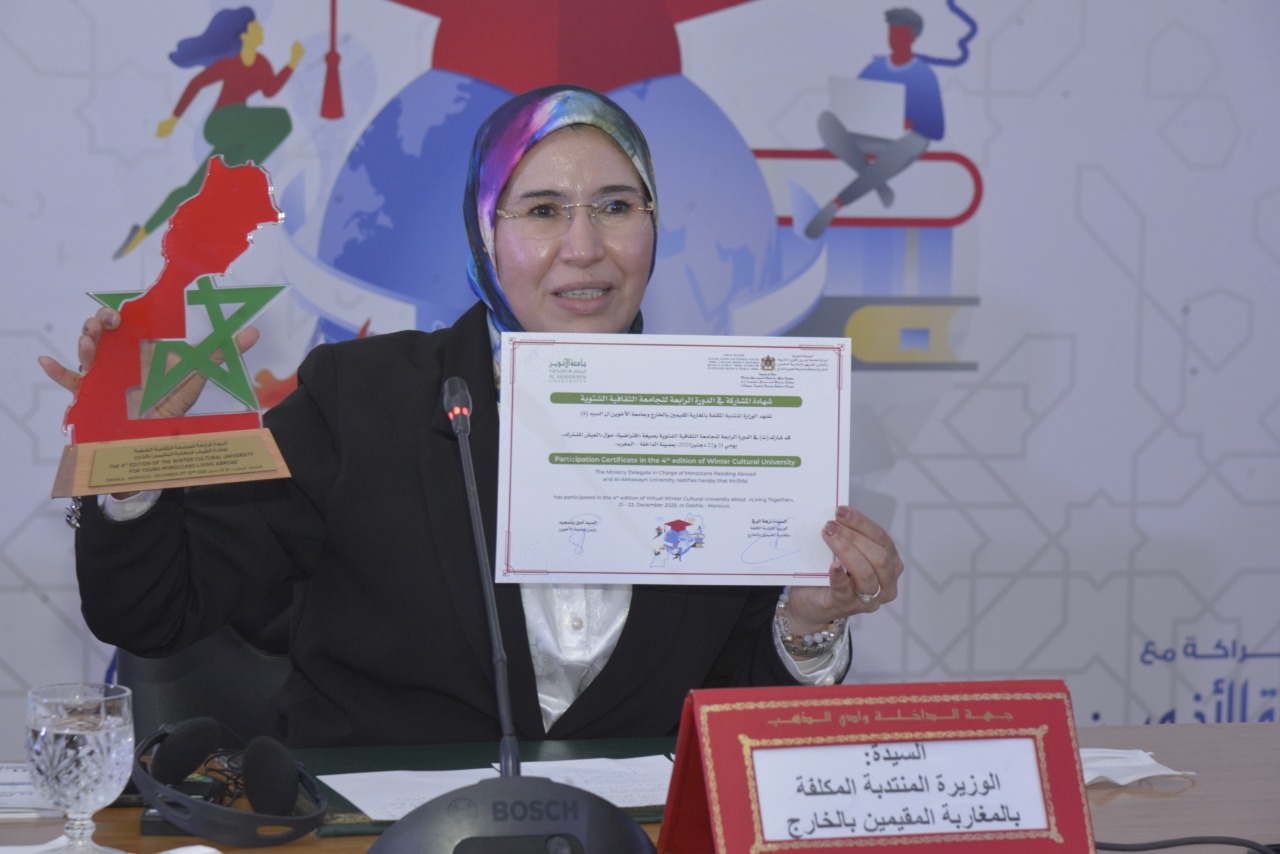 The fourth session of the winter university, in Dakhla city, ends its work with a distinguished and fruitful interactive discussion between the young Moroccan expatriates and the experts who contributed to its framing.

In her closing speech, Mrs. Nezha El Ouafi, The Minister Delagate in charge of Moroccans Residing Abroad, confirmed that participants will be granted, starting from next week, certificates of participation and shields as a keepsake for participation in this session, which consist of a model of the map of the Kingdom centered by a five-pointed star. They will also be provided with a booklet that summarise the work of this session as well as an extract of the biography of all participants.

The minister also valued the efforts of all those involved in this session as well as the participants who contributed to its success, including young people from the southern provinces of Morocco who get connected with young Moroccan expatriates, through  video conference.

The Minister stressed the necessity to implement various recommendations and suggestions that emerged from the work of the session, and expresses her hope for  the Corona virus pandemic’s end. She also hoped to meet, in the near future, this group of citizens who benefit the High Royal solicitude.