DIGITALIZATION: 2nd prize of honor at the IDARATHON2020 competition 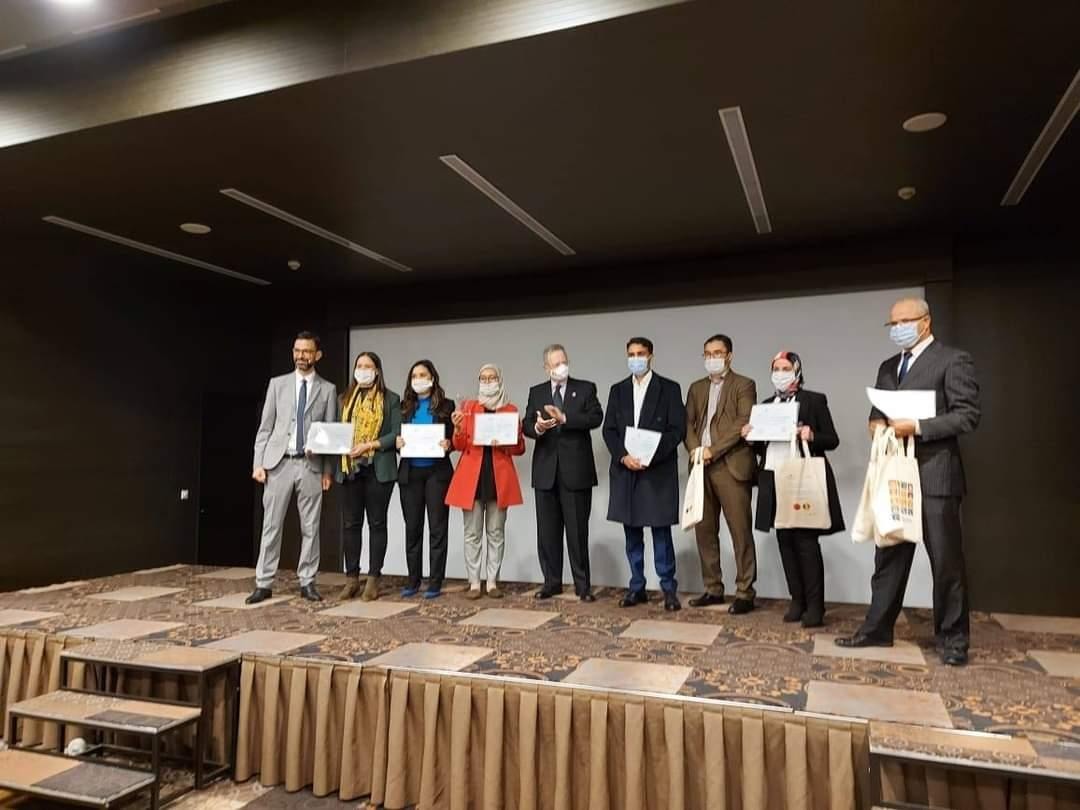 In the framework of the “e-Tamkeen” project to strengthen the skills of civil servants at central and local level in terms of digitalisation, the department of administrative reform organised in partnership with the Belgian development agency “Enabel” the “IDARATHON2020” competition, a first edition of the hackathon for an innovative public administration, which brings together multidisciplinary representatives from different departments to develop new innovative solutions and provide the administration with a bank of relevant and actionable projects.

The competition took place between six teams from 09 November to 09 December according to a continuous programme of training and coaching by qualified experts in Digitisation and innovative project management, who facilitated the project development process by putting into practice the developed techniques of collective intelligence and collaborative work.

The Ministry was represented by the participation of Mrs. Basri Chaimaa, Engineer in Telecommunication Networks and Systems of the Information Systems Division. She was also appointed representative of “Alkhawarizmi” team composed of participants from the Administration Reform Department, the Ministry of State in charge of Human Rights and Relations with the Parliament, the Customs and Indirect Taxation Administration, and the Digital Development Agency.

The six participating teams presented their projects at the closing ceremony on 9 December in the presence of the Belgian Ambassador to Morocco, the Secretary General of the Public Reform Department and qualified jury members from the public and private sectors.

The Alkhawarizmi team won the second prize of honour among the six teams for their innovative project “e-TANSIK”, which is a platform for collaborative and intelligent project management within the public administration, which makes it possible to monitor the project portfolio in collaborative mode, in order to create synergy between civil servants, ensure better involvement in cross-cutting projects, modernise the way of working within the administration and respond effectively to the needs of citizens.

The first three honoured projects will benefit from the support of the digital development agency, the Belgian development agency and the public administration reform department for the realisation and implementation.