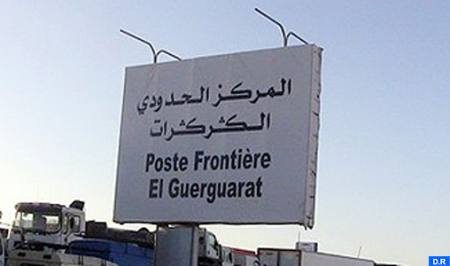 Rabat – The Royal Armed Forces (FAR) set up, on the night of Thursday to Friday, a security cordon in order to secure the flow of goods and people across the Guerguarate buffer zone, linking Morocco to Mauritania, a statement from the General Staff of the Royal Armed Forces said on Friday.

“Following the blocking by about sixty people supervised by armed militiamen of the Polisario of the road axis crossing the buffer zone of Guerguarate connecting the Kingdom of Morocco and the Islamic Republic of Mauritania, and the prohibition of the right of passage, the Royal Armed Forces are setting up a security cordon in order to secure the flow of goods and people through this axis”, the source pointed out.

“This non-offensive operation and without any bellicose intent is taking place according to clear rules of engagement, requiring to avoid any contact with civilians and to resort to the use of arms only in case of self-defense”, the source added.