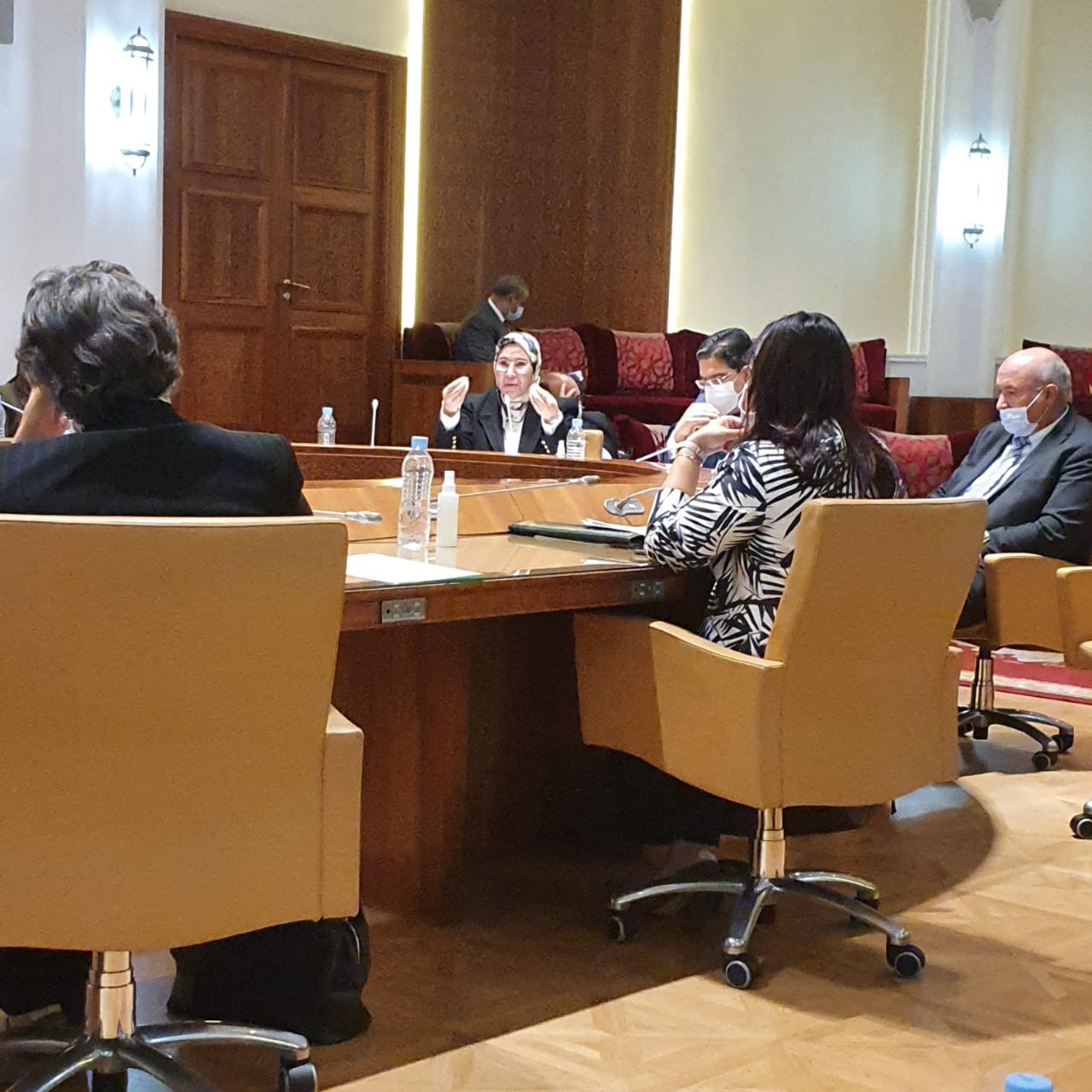 Mrs. Nezha ElOuafi Minister Delegate in charge of Moroccans residing abroad, presented the budget of the Ministry  before the commission of Foreign Affairs, National Defense, Islamic Affairs and Moroccans expatriates in the House of Representatives.

The Minister reviewed the Ministry’s stocktaking and priorities, which were based on a shift in the management of the Moroccan expatriate affairs, which  allowed the strengthening a sustainable relationship with this group, especially the emerging generations.

The outcome included what has been achieved both in the development, the enhancement and digitization of services in their favor in Morocco and abroad, as well as the mobilization of Moroccan expatriate competencies to enhance their contribution to national development workshops, and the preservation and consolidation of national identity among Moroccans expatriates, especially the rising generations. In addition to the cultural services, which is considered to be a crane of the Moroccan cultural asset and its contribution to the cultural radiance of the Kingdom abroad.