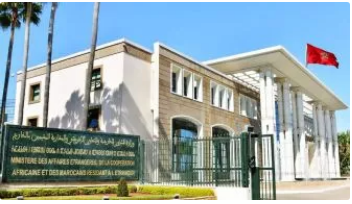 The Kingdom denounces these acts which reflect the immaturity of their perpetrators and reaffirms that the freedom of some ends where the freedom and beliefs of others begin.

Freedom of expression cannot, for any reason, justify the insulting provocation and the offense of the Muslim religion, which has more than two billion followers across the world.

As much as it condemns all obscurantist and barbaric violence allegedly perpetrated in the name of Islam, the Kingdom of Morocco stands up against these abusive provocations of the sacredness of the Muslim religion.

The Kingdom of Morocco, like other Arab and Muslim countries, calls for stopping stoking resentment and for showing discernment and respect for otherness, as a prerequisite for living together and for a serene dialogue of religions.