Reception by the Minister Delegate of a delegation from the Three Cultures of the Mediterranean Foundation. 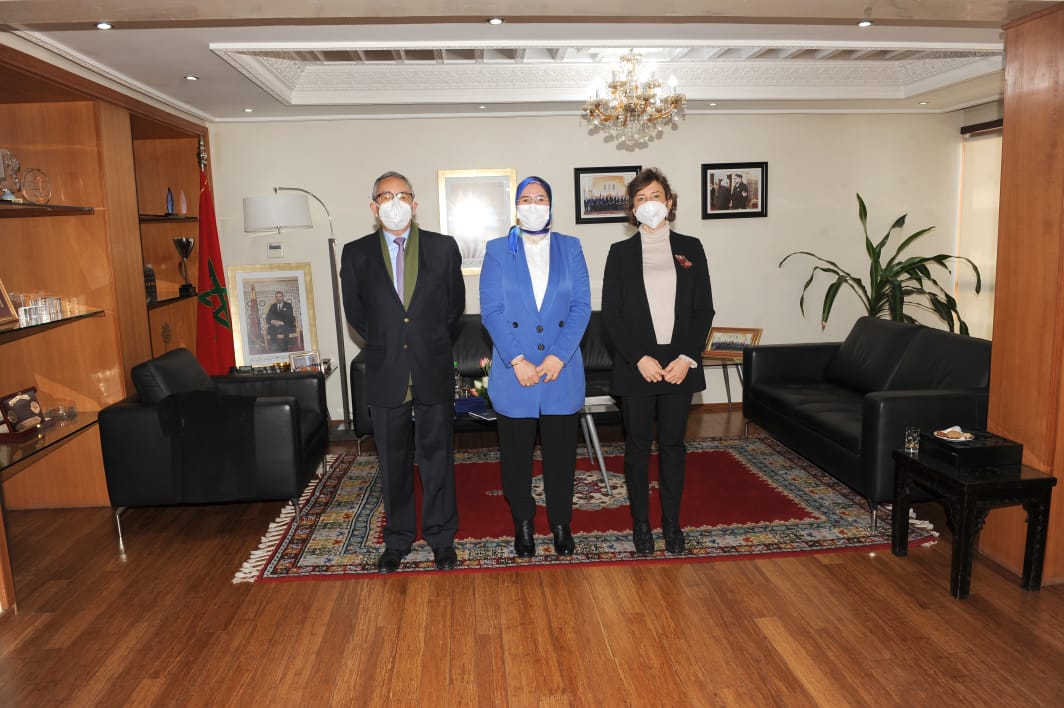 Ms. Nezha El Ouafi, Minister in charge of Moroccans Residing Abroad, received, on Monday, 18 January 2021, at the headquarters of the Ministry, a delegation from the Three Cultures of the Mediterranean Foundation, composed of Mr. Juan Manuel Serveira, Director-in-Charge of the Foundation and his deputy, Ms. Carmen Blanco.
This meeting is part of a partnership of more than ten years, that brings together the Ministry and the Three Cultures of the Mediterranean Foundation.
The Moroccan and Spanish parties are working on a joint cultural and scientific programme that will take into account the situation of Moroccans residing in Andalusia, as well as the promotion of the living together between different nationalities in a context of coexistence and mutual respect.
In her speech, the Minister emphasized the important role played by the Foundation in developing cooperation between the two countries by promoting culture, shared values and knowledge to facilitate integration and networking between the two shores of the Mediterranean sea.
The two parties also agreed to support priority programmes specifically targeted at specific groups such as women, youth and Moroccan competencies in Spain, in order to cope with the challenges of the Covid 19 pandemic’s economic and social crisis.
It was also agreed to define a scrutinized working programme for the issues to be engaged in in accordance with the partnership agreement concluded between the Ministry and the Foundation on 19 October 2020.