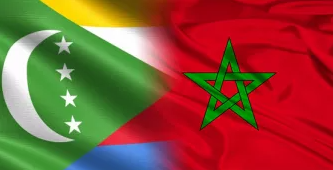 Moroni – The Ministry of Foreign Affairs and International Cooperation, in charge of the Diaspora, of the Union of the Comoros, has expressed its full support for the Kingdom of Morocco in his legitimate fight and pays tribute to the heroic action of the Royal Armed Forces.

In a press release issued on November 14 on behalf of the Head of State, the Ministry said it was closely following the situation in the Moroccan Sahara where the Royal Armed Forces are facing the obstruction of civil and commercial flow at the border of El Guergarat by the “polisario”.

The Union of the Comoros seized this opportunity to hail the sustained efforts made by the UN Secretary General in the search for a political and diplomatic solution to this dispute.

As a reminder, several Arab and African countries have expressed their absolute support and solidarity for the Kingdom of Morocco in the context of the defense of its sovereignty and its territorial integrity.