The Minister Delegate met the EU Ambassador to Morocco 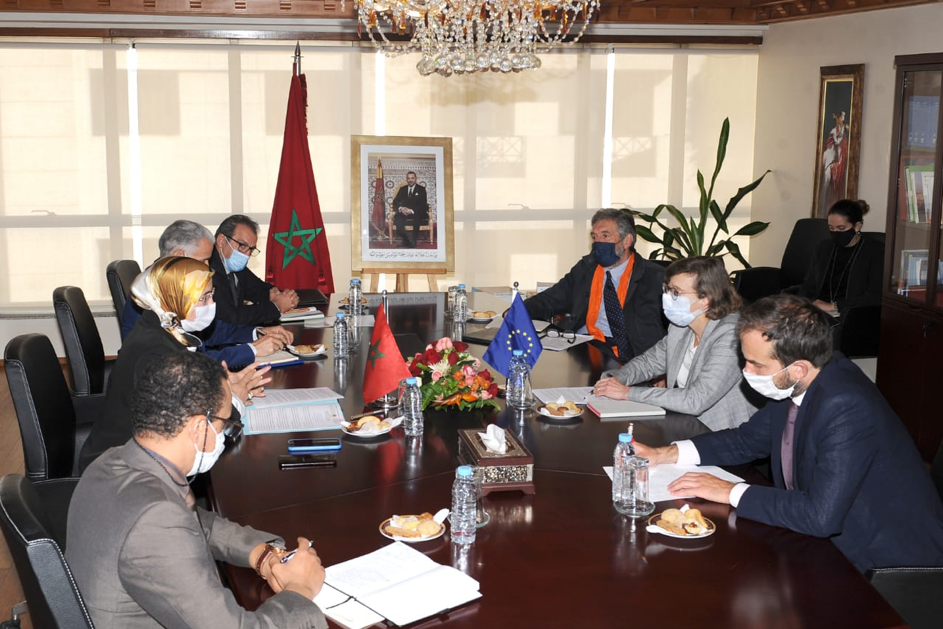 Both parties expressed their satisfaction with the level of cooperation between the Kingdom of Morocco and the European Union in the field of migration management and governance, as well as Morocco’s support in the implementation of certain projects relating to the mobilization of Moroccan Skills Residing Abroad to contribute to development projects in some regions of the Kingdom.